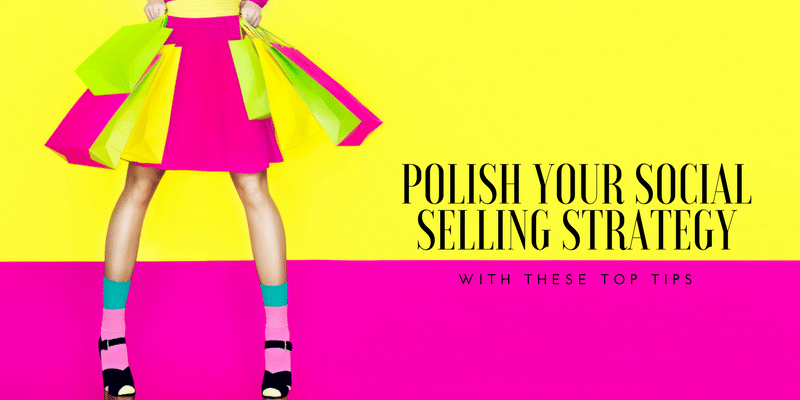 Social selling is where a business looks to leverage social networks to build strong and meaningful connections with customers and prospects, to forge a sale further down the line. It’s a trend that’s become a ubiquitous part of modern business, but not all organizations get it right.

The growth of social media has meant that it’s become an increasingly pivotal component of most company’s digital marketing strategies. And it’s not surprising why when you look at the figures.

For example, 90% of top-performing salespeople use social selling tools as part of their overall sales strategy. The rewards for those that do speak for themselves: 64% hit their team quota compared to only 49% who don’t use social media.

So what are the keys to building a successful social selling strategy?

A frequent mistake businesses make when trying to implement social selling is to focus their training too much on the tools and not enough on the techniques. It’s inevitable that most of your sales team will have used at least one of the main social networks before, so focus your training on how to leverage them to generate sales, not just how to use them.

The key is to equip them with the social engagement skills and the required knowledge to allow them to integrate social selling into their existing sales methodologies.

Although your salespeople will likely develop their own voice when social selling, it is important to establish a set of standards when it comes to how they approach your brand’s audiences online.

Too many companies provide their sales professionals with free reign on social, which is something that often leads to an inconsistent voice being projected.

It’s important that your social selling and the voice used on social networks always remain aligned with your other marketing efforts. That’s because your customers and prospects like consistency. They’ve grown to know your brand and respect it based (in part) on its voice. Don’t let this be undone by not setting any standards when it comes to your salespeople leveraging social.

Last, but certainly not least, is the need to measure your social selling success. It will help you identify which areas are bringing results and which areas aren’t allowing you to either focus on improving the aspects that are falling down or putting more emphasis on the ones that are working.

With your social selling success being measured, you can implement more formal performance metrics and adjust your assessment criteria to take these numbers into account when conducting reviews.

Establishing a way of tracking which sales came about as a direct result of your social selling efforts is the key.