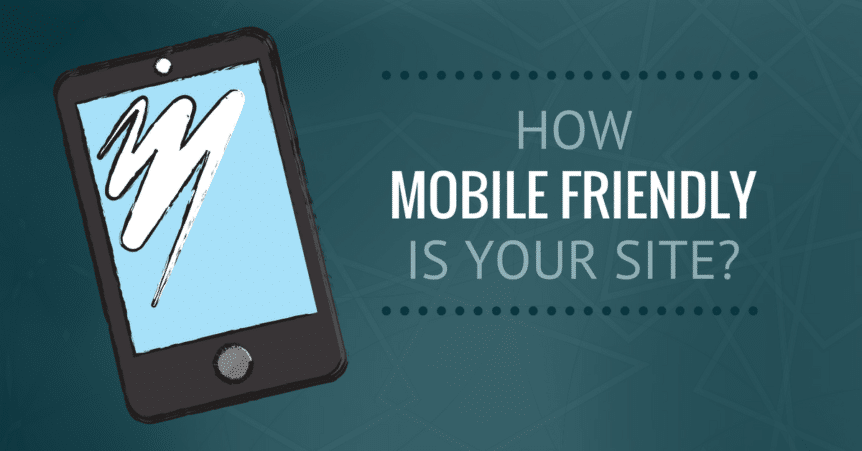 A mobile-friendly Internet where users reach for their smartphones to browse the web, ahead of using their laptops or desktops, is no longer a future prospect but a clear and present reality.

For the first time ever, in October 2016, worldwide Internet usage on mobile phones and tablets exceeded desktops, according to independent web analytics company StatCounter.

But should that really come as any surprise?

Then, in mid-2015, Google revealed that more searches were being conducted on mobile devices than computers in 10 countries, including the U.S. and Japan.

It’s safe to say that the rise of mobile hasn’t slowly crept up on us, but rather steadily skyrocketed (as it was predicted to).

However, while mobile usage has increased dramatically, it’s not actually replacing desktop/laptop usage – it’s in addition to it.

Indeed, the recently released Internet Trends 2017 report[1] from Internet guru and Kleiner Perkins partner Mary Meeker shows that the time spent per adult user per day on a desktop/laptop in the U.S. in 2016 was the same as it was in 2008 (2.2 hours). This is despite the fact that mobile usage (per adult user per day) has increased from 0.3 hours in 2008 to 3.1 hours in 2016 – highlighting the fact that total Internet usage has grown significantly since 2008.

Not Enough Websites Were Mobile-Friendly

Despite the massive mobile Internet usage being seen today – and the potential search engine rankings boost associated with having a mobile-friendly website – many small businesses are still persisting with antiquated online offerings.

Similarly, a study by Google back in 2012[3] found despite the fact 72% of consumers wanted mobile-friendly websites, a staggering 96% said they had visited a site that didn’t work well on their device. In addition, 74% said they would be more likely to revisit a mobile-friendly site going forward than one that wasn’t.

The big kicker, though, is that 79% of consumers said they would actually abandon what they were doing and go back to search results to find another website if the one they were on wasn’t optimized for mobiles.

79% of consumers said they would abandon a site not optimized for mobile.Click To Tweet

Mobile-Friendly As A Ranking Factor

If the phenomenal popularity of mobile Internet usage today wasn’t already enough to get businesses busily updating their websites, the fact that mobile-friendliness is now a Google ranking factor should be.

Google first announced mobile-friendly search rankings in February 2015 on its Official Webmaster Central Blog. It said that from April 2015, mobile-friendly websites wouldn’t just get a badge recognizing their mobile friendliness, but would also stand to rank higher in the search engine results pages (SERPs).

Many in the SEO industry playfully dubbed the change “Mobilegeddon.”

Then, in March 2016, Google announced (again on its Official Webmaster Central Blog) that it was rolling out an update which would further boost the effect of its mobile-friendly ranking signal, helping users find pages that are both relevant and mobile-friendly.

With organic search engine reach more difficult to achieve than it’s ever been, simply making your website mobile-friendly could be the difference between ranking above or below one of your competitors.

It seems “Mobilegeddon” had the desired effect.

Just two months after Google’s announcement in February 2015 regarding mobile-friendly search rankings, the search engine giant witnessed a 4.7% uptick in the number of websites that were mobile friendly[4].

Unfortunately, some web developers spend huge amounts of time building amazing websites that look great on desktop and laptop computers and then think it’s enough to use a scaled down or responsive version of said website for mobile users.

For a website to be truly mobile-friendly or (even better) mobile optimized, it needs to be more than just scaled down or responsive.

Just because a website is responsive doesn’t necessarily make it intuitive to use and easy to navigate. For example, many web developers forget to pay attention to any online forms that appear on their sites. While these will inevitably look and function okay on a desktop or laptop computer, they can often come across terribly on a mobile.

Imagine if said form was the contact mechanism on your website. How many prospective customers or leads could you potentially lose through a lack of attention to detail when it comes to mobile users? It’s hard enough to generate leads – you don’t want to frustrate the ones who are trying to connect with you.

Fast page loading times are important for Internet users on desktops and laptops, but expectations are even higher when it comes to mobile experiences.

An analysis by Google of 10,000+ mobile web domains, the results of which were published in September 2016[5], found that websites which loaded slowly frustrated users and over half (53%) would leave a web page if it didn’t load within three seconds.

At the time, the average load time of a website on a 3G connection was 19 seconds and on a 4G connection 14 seconds – neither clearly living up to the expectations of a large proportion of mobile users.

For comparison, websites that loaded within five seconds performed better than their counterparts that took 19 seconds to load. They boasted 70% longer average sessions; 25% higher ad viewability; and a 35% lower bounce rate.

Pop-ups can be annoying to some Internet users at the best of times on desktop and laptop computers. But they can be a downright menace when they appear on a mobile device.

That’s because the option to close pop-ups sometimes doesn’t appear on smaller screens and mobile users are left with a totally inaccessible website. Needless to say, this will almost certainly lead to them leaving your website and staying away forever unless you fix it going forward.

With screen space coming at a premium on mobile phones, the importance of your website’s navigational elements has never been more crucial.

If menus don’t display correctly or buttons appear too small (or too big) on a mobile screen, you risk annoying your website visitors and seeing them leave without completing their transaction with you.

That’s why it’s so important to test your website over and over again on a handful of different mobile devices to ensure it displays as you intended it to on each of them.

While your website might look beautiful on a desktop or laptop, if it doesn’t display perfectly and in all its glory on a mobile you are definitely missing a trick. Your website visitors will have become accustomed to how your website looks and feels. They will usually recognize your brand colors and logo immediately, and that’s something that instills confidence in them.

If your website’s mobile version doesn’t trigger the same response and reassuring feeling, they could be left wondering if they are even on the right site to begin with – which could lead to them navigating away again.

In October 2015, Google officially introduced the Accelerated Mobile Pages Project (AMP Project). Its purpose was (and still is) to drastically improve the performance of the mobile web.

The open source initiative relies on AMP HTML (an open framework built entirely out of existing web technologies) to enable web designers to build sites that are light-weight – even if they feature rich content like video, animations, and graphics.

If the AMP Project is good enough for the likes of Twitter, Pinterest, WordPress.com, Chartbeat, Parse.ly, Adobe Analytics and LinkedIn, don’t you think it’s an initiative that your business should consider?

The fact that there is even an AMP WordPress plugin that dynamically generates AMP-compatible versions of your webpages makes the decision to get involved even easier to make (providing your site is powered by the WordPress platform).

The good news is that it’s quick and easy to check how well a website caters for mobile users.

Google’s Mobile-Friendly Test tool allows you to input the URL of a website and run a test to find out its mobile friendliness.

It’s a great way to see whether all your mobile optimization hard work has paid off. The test result even includes a rendering of how your website (in theory) looks on a mobile device, as well as any tips for improving its mobile usability.

Marketing Tips For NPOs From 22 Pros

Content Marketing: What’s In And What Is Definitely Out (According To The Experts)

All About AMP: Is It A Requirement For Mobile Sites?

Who Would You Like On Your Star (Wars) Marketing Team?

6 Excellent Examples Of Digital Marketing In The Finance Sector