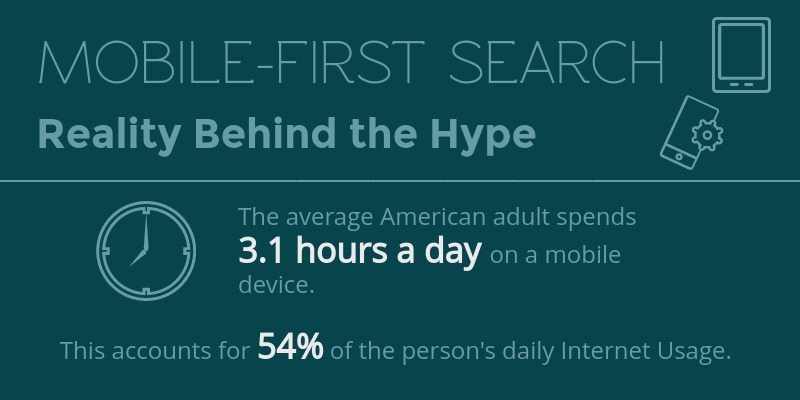 This article was originally published on August 3, 2017. It was updated on April 22, 2018, with the most recent information on mobile-first indexing.

Ever since Google announced that it had begun experiments to make its search index mobile-first, some site owners have been panicking and wondering how it will affect their traffic.

However, even without this shift, marketers should be working to ensure that their websites are mobile-friendly and optimized for performance. After all, these days smartphones and tablets are the devices of choice, and usage of these devices keeps growing.

The key thing to remember is the advice from Google’s Doantam Phan: “If you have a responsive site or a dynamic serving site where the primary content and markup is equivalent across mobile and desktop, you shouldn’t have to change anything.”

Of course, you also want to make sure your site loads fast and follows general best practices for SEO. As we’ve noted before, a Google study found that 53% of mobile users leave a web page if it doesn’t load within 3 seconds.

Mobile usage may be growing, but that doesn’t mean that other devices are becoming obsolete. In fact, average daily usage of desktops and laptops has stayed pretty flat the last few years at a little over two hours. In contrast, mobile device usage has grown from 0.8 hours a day in 2011 to 3.1 hours a day in 2016.

The number of people who own a mobile device keeps growing as well. More than three-quarters of American adults own a smartphone, and over half own a tablet. From 2011 to 2016, tablet ownership increased by 538%. Hybrid tablets, or 2-in-1 devices, are becoming more popular, too – especially in the business world.

Mobile Search Is Taking Off

Over half of all search queries originate on a mobile device, but that number is a lot higher in certain industries. As the infographic shows, 72% of searches related to the food and beverage industry are on a mobile device. A report from Hitwise goes into more detail on this subject and also discusses the context of searches that are performed on smartphones and tablets.

Now, the question that everyone is worried about: When is Google making the shift to a mobile-first search index? The search engine giant is already starting to migrate sites. According to the Google Webmaster Central Blog, “We are notifying sites that are migrating to mobile-first indexing via Search Console. Site owners will see significantly increased crawl rate from the Smartphone Googlebot.”

Not sure how optimized for mobile your website is? In this infographic, we also list some tools that are great for testing and improving your mobile site. More tools can be found in this resource: 10 Apps to Measure, Monitor And Improve Mobile Versions Of Your Website.